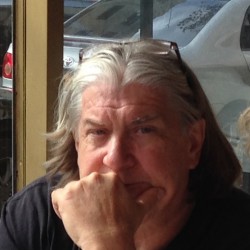 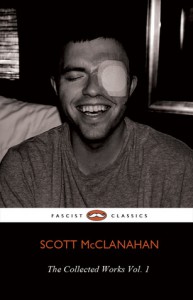 And that is exactly my point. It is not about you, it’s about Scott McClanahan.___M Sarki

Comparisons might be made to [a:Donald Ray Pollock|784866|Donald Ray Pollock|https://d.gr-assets.com/authors/1240540889p2/784866.jpg], who I do respect, but Scott McClanahan is miles better as a writer and chronicler, though a bit too immature in these first collected works. But McClanahan promises to grow into himself, and may have already done so by the time this reader moves on past these, his first two books. Donald Ray is a damn good writer, but the main difference between Pollock and McClanahan is the truth behind the tales. McClanahan’s work is believable whereas you just have to know Pollock’s work is mostly made-up fiction. That is not to say that both works are not “made-up”, but it feels more like McClanahan is simply eager to talk to me, and he tells his shit to me straight. He has a humble, almost naive quality about him. An innocence in distance so far bereft of his certain-to-be oncoming pain. His characters live in a tough world, and one not famous for its tender mercies. It is hard, this life. And hard to make up tales like these.

There is a sweetness and innocence to this childish hillbilly. He does seem younger than his years. I can almost label him a sophisticated redneck if it weren’t for his aggressively loud and strong corn pone dialect. With an accent like McClanahan’s he could almost commit murder, but I doubt he would get away with it. I love his stories and his endings, and sometimes, though predictable, surprise with a thoughtfulness generally missing in contemporary literature. Behind most everything I read that is written by young authors today there is usually a sickening pretentious voice showing off and wanting to be on stage. Everyone seems to be vying for the same ugly attention that seems so prevalent and important to the immature reader these days. But McClanahan comes from a different station than most of us. He is not ashamed of his life and what it has taken to survive it. Even when describing his mother dressing him up as a pretty girl because she always wanted one lacks any shock value as it is expressed in such a straightforward and sensitive manner. His character expects always to be teased. Deceit and deception are the norms instead of some abhorrent act on his guiltless personage. His always wanting to be a good person rings true, even when the outcomes are anything but. There are few careless mistakes, but no escaping the escalating numbers of errors in his judgment. You could call McClanahan naive, I did, but he ought by now to know better, if nothing else then because of the sheer numbers of incidents in which he has been lied to. I believe his every path is booby-trapped, and he accepts these land mines as his way of getting through to somewhere, and perhaps it is the end to each delightful story.

Of course now, in looking back through them, there is a story near the last few titled The Prisoners. The same McClanahan who wrote all the preceding clever pieces is not the same person who wrote this grim tale. By my lights one of the best, most sophisticated things he has ever written, at least so far, chronologically the way I am reading them, but not the most fun story to read compared to his other wild-ass hick-town adventures. But it was a pleasure. And this is where he gets me. What writer will he eventually become as he motors on, maturing and honing his craft? Based on what I have seen online in the extremely entertaining videos capturing his readings and short tours already completed my guess is he will stick to mostly the outrageous. But I know he can write with the best of them based on this one story alone.

The story Suicide Notes follows The Prisoners and is of the same sophisticated vein. It is as if McClanahan grew six feet in stature in only fourteen pages. Unbelievable. One of my favorite topics and he handles it with such grace and nerve. Not easy to do regarding something so grim in our society as offing oneself to end all the pain of living. His questions hit home and the answers are not obligatory.

“We like to think of ourselves as complicated. But we’re not. The whole world is just a virus.”

Fable #1 begins where the last two fell off. Another brilliant story, but this tender one about his mother’s thirty-three year teaching career and how it all was worth it, or maybe it was not. The narrator’s voice, Scott McClanahan, does not have the southern dialect, the corn-pone tone that all the preceding stories had prior to The Prisoners. [a:Tom Brokaw|18495|Tom Brokaw|https://d.gr-assets.com/authors/1207580222p2/18495.jpg] himself could be narrating these last three stories as there is nothing to suggest it is the typically live-reader I have seen and heard who goes by the name of Scott McClanahan.

I do think some of these collected stories could have been a bit better, and some probably should have been discarded and not have been included in this special collected edition. You know, just because an author writes something does not mean it is any good or should always be remembered. I believe Scott McClanahan would agree with this remark and say so what he doesn’t care. But I think he can do much better than some of these stories included here, and perhaps his later work will prove me correct in my assumption. I am not being hyper critical, but what makes [a:Blake Butler|2083599|Blake Butler|https://d.gr-assets.com/authors/1299708049p2/2083599.jpg] and Sam I pretty much dislike everything I read Pink important enough to decide the worth of a budding genius in their writing of the foreword and afterword, and why would anyone care what either of them says anyway? There is more than enough brilliant literature to read out there, so I have no idea what it is [a:Sam Pink|2128881|Sam Pink|https://d.gr-assets.com/authors/1339545886p2/2128881.jpg] is reading that he so dislikes. And for my own sake of argument, back and forth and back and forth among the couple voices coming from myself, the real I maintains the now-staunch position that Scott McClanahan can do better than having literary caricatures speak on his behalf. And the publisher needs to stop already with all the blurbs citing comparisons to [a:Charles Bukowski|13275|Charles Bukowski|https://d.gr-assets.com/authors/1387554724p2/13275.jpg] and their saying McClanahan is the next one in our midst. Bukowski was lucky he didn’t get sick and die before he got to be a celebrity, and then it’s just too bad he didn’t do it anyway. And since when do we U.S. citizens celebrate authors who get drunk in public and insist on burning bridges just because they can? Oh shit, I guess because we’re fucking sick and always have been. Somebody tell me one good piece Bukowski ever wrote? I cannot suffer enough to find it. McClanahan can stand on his own two feet. And if he gets drunk at a reading and throws up on his new shiny boots it won’t be because he is immolating Charles Bukowski. He simply has the bug. The one now that has most likely gotten to you too.
Tweet